According to the National Hurricane Center’s 11 a.m. update on Saturday August 1st, the center of Hurricane Isaias is on course to hit the northern Andros Island in the Bahamas Saturday afternoon followed by cruising up Florida’s east coast sometime late Saturday.

Hurricane Isaias on path toward Florida coast as it lashes Bahamas 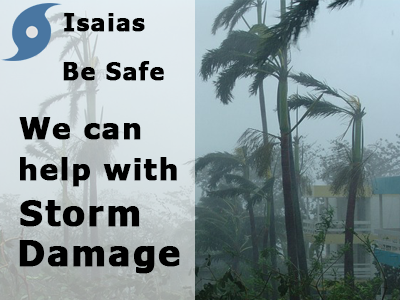 A hurricane warning was issued by the NHC for all coastal communities from Boca Raton to the Volusia-Flagler County line.

A hurricane watch is in effect from Hallandale Beach to south of Boca Raton. A storm surge watch was issued from the Jupiter Inlet to Ponte Vedra Beach.

Meteorologists are monitoring Isaias as any slight western adjustment of its path could dramatically vary the storm’s impact on Sunshine State, said FOX-35 meteorologist Jayme King.

Watch Live: Track Hurricane Isaias as it Moves Toward Florida